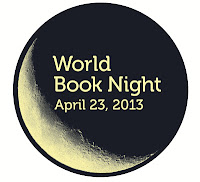 Today 20,000 readers are excited about April 23rd. They have been selected to give away a million books. Each will give out 20 of their selected title from a list of 20.

I'm lucky enough to have been selected for the third year and this year I'll be giving out The Secret Scripture by Sebastian Barry.

These books are for people who don't read, for people who can't easily get hold of books. If you are homeless, in a mental health unit, in a care home or in prison accessing books can be hard, so many books are distributed in such locations.

But it's not only about those who cannot access books. There are people who could, but don't. The National Literacy Trust claims that  a third of UK's children do not have books of their own. When I worked with children with speech and language problems, I discovered the grim reality of this for myself, and sadly, homes without books are on the increase. Children without books are likely to have parents without books and WBN aims to help rectify this.

In WBN's first year I gave away Rohinton Mistry's A Fine Balance, and last year Marcus Zusack's The Book Thief.  Some of my books went to Homeless in Action Barnet, some to North London Hospice and some to patients and staff at Chase Farm Hospital. Some were donated to Friern Barnet Community Library, the People's Library that is stocked with books donated by locals. If they don't already have a copy of The Secret Scripture, that will be the destination of one or two of my copies on April 23rd.
Posted by Lindsay at 09:40 4 comments:

I wrote a little section of my first novel in Timbuktu...but this is a little travel piece about my journey to that far off city.

Timbuktu hit international headlines in March 2012 with news of a coup led by the (MNLA) National Movement for the Liberation of Asawad, the northern territory of Mali. The Tuareg have sought independence for this region since 1916 and now, achieving their aim, they declared independence in April 2012 although it was not recognized nationally or internationally. In July 2012, they lost control when the extremist Islamist group, MOJWA, invaded Timbuktu who have since destroyed many of the city's shrines and many of its treasured academic manuscripts. Peace in Timbuktu has long been fragile but for a few years, the fabled city was attainable.


Spotting the word ‘Timbuktu’ in my atlas was a revelation. I’d always thought it was a mythical city, so on my discovery at the age of 12, I determined that one day I would go there. Never mind that it seemed utterly inaccessible, nestled in the southern Sahara Desert, somehow I would find Timbuktu.

It was forty years before I made the journey! From Mali’s capital Bamako, a small group of us travelled by road via Ségou to Djenné. An overnight stop here enabled us to see the famous Great Mosque, the world’s largest dried earth building and enjoy the vibrant Monday market. People travelled from miles away for the weekly market, selling and buying everything the Malian household could need. A spectacle of colour, we found dried gourds, woven baskets, gaudy plastic bowls and metal cooking pots alongside brooms made from leaves. Racks of patterned fabrics nestled against piles of every grain, spice, fruit and vegetable that Mali can offer.

We stuffed ourselves with delicious fried plantain and sugared dough balls from the market stalls, not worrying too much that the oil used for frying them looked as if it had been drained from the engine of an old bus. We stocked up on fruit for later.

Children approached us to ask where we were from.
‘England, Angleterre.’
‘Beckham!’ they replied kicking imaginary footballs.

On the road again we made a detour to Sangha and Dogon Country, where we spent a few fascinating days, and then doubled back to Mopti where the real purpose for my journey began.

Pushing our way through the bustling crowds we found our home for the next three days waiting at the water’s edge with its crew of three and most importantly, our cook. We chugged off up the Niger in our pinasse, one among countless river craft: motorized barges piled with goods, sailing boats with voluminous patched sails, pirogues shunted by pole through the shallow waters, and the small boats of the Bozo fishermen. We passed villages where life took place at the river’s edge. Women washed clothes or pots and pans, young children played and swam, older ones led cattle to the water and everyone waved and greeted us, ‘Ca va?’

As the sun began to sink, our crew steered the pinasse to the banks of the river to moor it for the night. Down the precariously narrow gangplank we carried our tents, folding chairs, cooking utensils, oil lamps and, not to be forgotten, the shovel! (‘What did you do about a loo?’ I would be asked by people who couldn’t understand the concept of camping in a tent that doesn’t have rooms. ‘A handy dune and a shovel’.) By the time we had got our tents up, the sun had disappeared leaving a warm velvety darkness. Our cook produced a delicious meal from very few ingredients, followed by fresh fruit we had bought at one of the villages.

A billion stars shone overhead and I saw the bright arc of a shooting star. I fell asleep to the insistent croaking of bullfrogs.

Next day back on the river was much the same but there wasn’t a moment of boredom. Life on the banks of the Niger is vibrant, intense and ever changing. On board we sat three abreast with a plank table in front of us (one converting to the gangplank, the others to our campsite dining table) and here the only way to the loo - no shovel required - was an inelegant scramble on to the edge of the boat and shuffling along the six inch wide plank to the stern while hanging on to the roof for all you were worth if you wanted to avoid a dip in the water.

Cook bought supper’s main ingredient - two large Capitaine fish from a passing fisherman. A few hours later he produced yet another delectable evening meal as we pitched our tents for a second night beneath the eerie light of the enormous pale moon.

By mid afternoon of our third day on the Niger, the scenery became less green and more desert for we were now in the Sahel. We had seen hippos in the river and now spotted camels on the shore.

Disembarking was a transformation from the quiet lull of river travel to the bustle of the busy little port of Korioume. Transferring to battered Land Cruisers we drove through desert scrub. As buildings came into view we met three haughty Tuareg, immaculately dressed in sky-blue  robes, riding their camels at a smart gallop. We had arrived in Timbuktu. 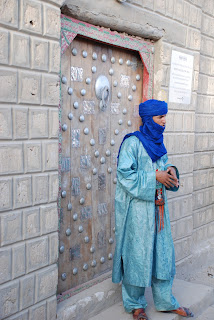 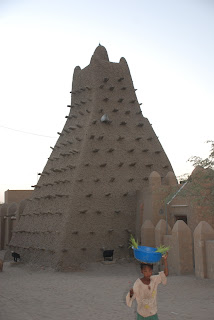 Making my way down the main street, its sand pitted with tyre tracks and a thousand footprints that would be obliterated by morning, Timbuktu, fabled city of 333 saints, was everything I had dreamed of. It is not as grand as colonial Ségou - not as splendid as Djenné - not as colourful as busy Mopti - but is simply Timbuktu, a place of legend and the rich imaginings of a twelve year old, who forty years on, had achieved her dream.

The art of coping with the critique.

The best writers are those who listen to criticism. It’s not always easy to offer our work up to the scrutiny of others. Some of their comments may be balm to our ears and ego but others will make us want to throw our work out of the window and go on a bender or hide under the duvet. 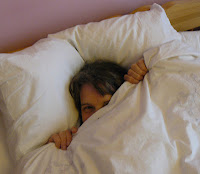 I choose the second option but when I eventually crawl out from under the duvet, I take a deep breath, examine my work against the points my critics have made and start editing.

I’ve been involved with a number of critique forums in one form or another and have found the weakest writers tend to be those who argue when someone makes a comment they don’t like and defend their work so furiously they don’t hear what is said. Their work tends not to develop.

Having said that, not everyone is an ideal critic for a particular writer. Stephen King talked about the importance of finding one’s ideal readers. We all have our own style, which isn’t going to please everyone. Some will condemn the very thing that others admire.

Being a good critic is an art in itself, but however objective we try to be, we are influenced by our preferences. Writers write differently, and readers read differently. As a reader, I don’t demand loads of back-story or endless detail, so I tend not to write it, but many readers want this and they tend to be my harsher critics. They may not be my ideal readers but they make useful comments for me to think about.

I admit my work has sometimes invited criticism of glitches so conspicuous, I’m embarrassed to think I wrote them and rewrite immediately. But sometimes I stick to my metaphorical guns and don’t alter a thing, although not without considering the points raised. I once received some searing remarks on a rejected flash fiction piece, decided against any changes and sent it off again to have it shortlisted in a competition.

I recently read some work from my early writing days. It has improved thanks to those critics, so I say thank you for the support even if some of your remarks led to my duvet and me becoming too well acquainted.
Posted by Lindsay at 15:07 3 comments: