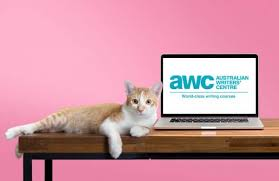 On the first Friday of every month The Australia Writers Centre runs a flash fiction competition.

Each has a set of criteria and writers have a maximum of 55 hours to write up to 500 words and submit their story. Sometimes I just can't come up with anything, other months I manage to get something in.

This January the criteria spoke volumes to me. Reading of the appalling numbers of Covid-19 in the UK swamping the NHS including the hospital group where I worked and many of my former colleagues still do, this story almost wrote itself. The fact that the first Friday of January was also the 1st of January was significant.

I was quite furious as I wrote my first Furious Fiction of the year.  I didn't win, or get shortlisted but did make it to the longlist, which for a competition that attracts hundreds of entries, apparently represents about the top 3% so I'm pretty happy! This story is for all those at the frontline of the NHS.
Remember The Best Thing.
Today’s best thing will probably be the sunrise. You left home in the dark, to pedal your old bicycle to work because your partner needs the car. You left early anticipating the hill. You surprised yourself by not needing to dismount and push it. As you neared the top, breathing hard, you saw the magnificent sunrise – shepherd’s warning maybe – but beautiful none the less.

You have two critical patients in resus. Both need to transfer to Intensive Care for ventilation. There’s only one bed available.

You’re fed up with people who claim doctors think they’re God. How many times have you heard the tired old joke about the difference between God and a consultant? But it’s down to you now to choose which one gets the ventilator. And you know that later today there’ll be more who won’t even get a 50% chance.

At the end of each difficult day –there hasn’t been any other for months– you think of the best thing that happened. Sometimes it’s just that you actually got to drink a decent cup of coffee during your shift. Usually if there’s coffee at all, it’s the crap from the vending machine or a tasteless brew made from the last congealing granules in the bottom of an old jar in the staff room.

This morning, you stopped by the pond to take a breather, to gaze and admire. You revelled in the glorious feeling of freedom. London has its moments. You took a deep breath and watched it plume on the frosty air as you exhaled. You heard birdsong – there’s hardly any traffic on New Year bank holiday mornings.

As you pushed off for the last leg down the hill to the hospital, you envisaged the state of the Emergency Department. There’d be drunks sleeping it off from last night’s revels, cuts and bruises from alcohol induced falls, wounds from fights. You’ve seen it all before. But this year there’s the added factor. How many of them are now positive? If there’s a demographic that won’t be responsibly socially distancing, it’s those crowding into the centre of London to see in the New Year with the help of alcohol.

As you approached the hospital, you counted the ambulances stacking up.

And now, kitted out in full PPE – which, while vital, only impedes the normal examinations you need to make, you have to choose. An elderly, but previously fit man, tested positive, gasping for breath. Or the young reveller, a near-lethal cocktail of drugs and alcohol in his system, with severely depressed respiration. He has a history – he frequents the department. You’ve revived him on more than one occasion. He’s only alive because of your previous interventions.

You make your decisions based on clinical evidence. You are not God. But you wish you were so everybody would get what they so desperately need. You remember that one good thing happened today. Your signature on the form denotes you’ve made your choice. You trust it’s the right one..
Posted by Lindsay at 04:12 5 comments: