Learning about Life from Novels 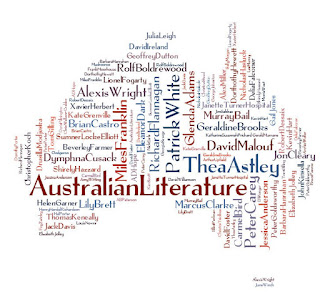 The first five questions of the quiz left me flummoxed. I had no idea which of the three named towns had the largest population or which was furthest north. (I'd come across only one of the towns!) Nor did I know the founder members of Cold Chisel or which city had a suburb called Erindale. I'd never  heard of a Hills Hoist, let alone knew when it was first maufactured.

I might have known more than a lot of people about the country in which I was soon going to live but the quiz nights I attended back in early 2018 when I was staying in Melbourne soon showed me how much I didn't know about this country. While I could answer some of the quiz's general knowledge questions, the world geography and classical literature, the local knowledge questions that most Aussies could tackle with an educated guess if nothing more left me floundering.

Since I arrived to live in Australia last May, about half of my reading material has been Australian novels and my knowledge gained from these has helped enormously. From slang to recent history, from geography to common culture, natural science to urban issues, novels have filled many gaps and helped me to feel at home. Of course my search engines have been busy too but information gained through reading novels has often been the instigator to further research.

I was having a conversation recently with a chap who reads non-fiction but was dismissive about fiction. I said I was learning a great deal from fiction but he couldn't seem to understand that fiction could be informative! Perhaps he sees the world only in facts and figures. But for me, reading about ordinary people, and one or two extraordinary ones, in realistic situations from recent history to present day, in cities, small towns or the outback have all contributed to a common culture that those who have lived in this coutry for a long time, even if not born in it, can take for granted. It's not just events or places but ways of thinking and attitudes. All have infomed my perceptions of this country and its varied people. Watching Australian dramas on TV has been informatve too.

I always get a thrill from visting places I've seen illustrated and read about in books and when I see a place I've been to in a film or on TV it's always 'Ooh, I've been there!' The same with books; if a book has real place settings and mentions specific locations I can see the character in the places I know and now I'm finding I can sometimes do that with books set in Melbourne and even, to a lesser extent, Sydney!

For those interested in the Australia stories I've read, here they are in alphabetical order. Some I've loved, some not so much but all have given me useful information and insights, food for thought and, of course, hours of enjoyment. Here's to the next 25.