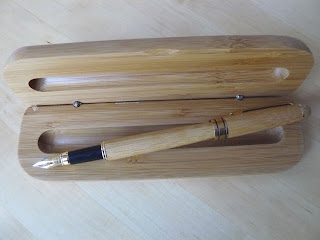 I love being part of the writing community. It's vast group comprising writers from all over the world, all ages, genders, ethnicities, abilities, and whatever else may make us different. When we write we all share something amazing. The Internet enables us to partake in online groups, exchange ideas with others writers and most importantly, I think, give and receive support. There are best selling writers who tweet helpful advice and suggestions, those who tweet about great books and stories they've read, and those who encourage writers who've not yet been brave enough to submit anything anywhere! There's a vast support network out there.

Yes, of course there are the nasty trolls and people who are overly critical, many of whom hide behind anonymous social media profiles, but they are far outweighed by the positive supporters. I've seen tweets from writers who've been understandably upset by some awful comments or vitriolic reviews but the positive support always follows.

Writers comment on each others' tweets and links. I've received some lovely comments about the odd piece of mine which really does boost my writing esteem, which it needs!

I had a story published in Stories for Homes 2 last year and the online network of the contributors and editors feels like being part of a lovely family. The flash flood organised by Calum Kerr and his colleagues in June produced not only a flood of fabulous flash fiction but also numerous positive comments on each other's posts. I felt proud to have a piece in among so many superb writers but, again, I felt I was part of a community which can be important when many writers work on their own.

So is there a downside to the writing community? When my writing is getting nowhere and the rejections are stacking up and I log on to Twitter and see tweets and posts about successes in competition wins, short story collections and first or subsequent novels published, while I'm truly pleased for their authors, many of whom I've met online or in real life, it makes my own lack of success feel all the more acute. Their talent is shining while mine is non-existent and I'm thinking my writing is rubbish and I don't try hard enough. It's easy to get disheartened.

Then I remember that many of these writers who are now doing well and receiving well-deserved acclaim, almost certainly once felt like I do! But they kept going. And they did so in spite of other jobs - often demanding ones - and raising their families, or while going through periods of illness. They kept going by honing their writing skills and submitting their work. I'm sure there are plenty of others who gave up so, not surprisingly, I haven't heard much about about those writers.

So I can choose to give up or keep going. There are no guarantees that my writing will ever result in success but giving up will definitely result in none. I choose to see those other writers' successes as  the result of their hard work and persistence and choose to be encouraged by it.

So thanks for sharing all your wins and publication success because while a little luck may be in the mix, I know that hard work makes Lady Luck get a move on.

PS: Just as I published this post, I spotted on Twitter #ShareYourRejections on which most responses are saying keep going!