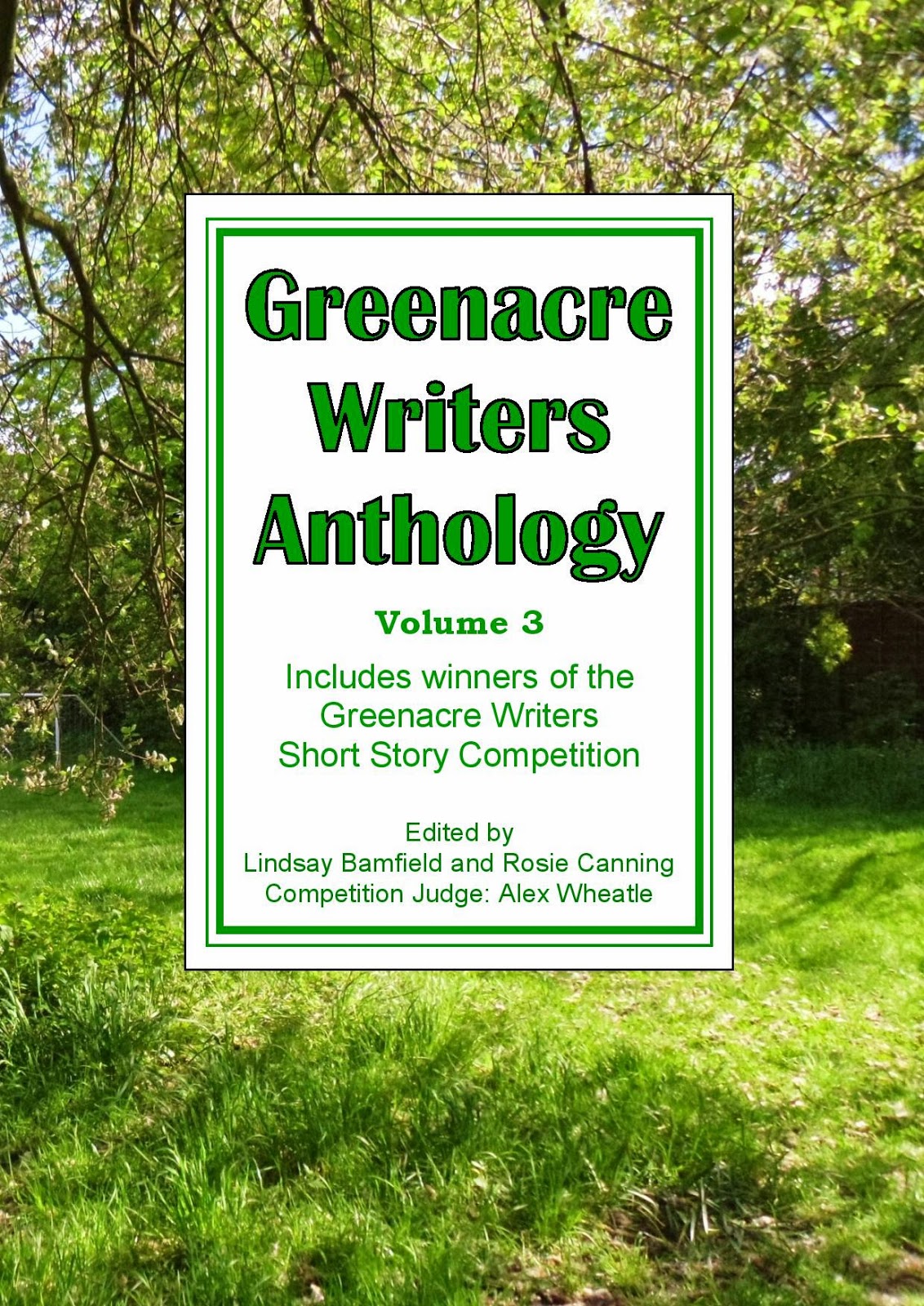 It's a week until the launch of Greenacre Writers Anthology Volume 3. As last year, the launch is being held at North Finchley's literary café, Café Buzz.

The anthology comprises the six winning stories from the 2013 GW short story competition, judged by Alex Wheatle, along with stories from members of Greenacre Writers making 17 stories in all.

On receiving a copy of last year's anthology a friend of mine remarked: 'Oh, it's quite small, isn't it?' Just as well as I think I might have hit him over the head with a copy and if I'd have chosen to clock him with the Oxford Companion to English Literature, which features in Andrew Byrne's story, the outcome might have been unfortunate as several literary giants in his story discovered. (You'll have to come to along to hear it.)

My reaction was because even a small volume takes a huge amount of work to produce. This year's was no exception. Work began on it as soon as Alex had selected the competition winners.

The stories all had to re-formatted to the anthology lay-out and style - such as matching speech marks, dashes and spacing. Then came a read through to ensure no errors had been made in the process. The stories from the Greenacre Writers had to be proof-read, edited and formatted in the same way then we asked each contributor for an author bio which were duly edited and formatted along with our introduction and the title pages.

Once they were all put together, the whole thing was proof read again by three volunteers. The index was formulated with lots of cross-checking.

Then came the fun bit. In previous years our printer used printed out pages but now works from PDFs which in theory should have been simple but alas, here my PC developed a glitch and the format went a bit mad. Let's just say several cups of coffee and possibly a bar of chocolate or two might have been needed to help me sort out the glitch. There might have been the therapeutic use of some rude words as well.

In the meantime the cover picture was chosen from a selection of possibles and formatted. We used the same style as the previous editions so at least no choices had to made on that front. Then when the proofs came back from the printer they had to be checked - and yes there was something, a little something, that had to be corrected.

So, the volume might be quite small but it still takes a lot of work, which I admit, reading back through what I just wrote, actually sounds as if it took only a couple of hours.

Most importantly, let's not forget the hours of work that each author put into their story in the first place. Without their effort and hard work we wouldn't have an anthology at all so this launch is a thank you to all our authors.

At the launch a number of them including our first prize winner, Sal Page, will be reading extracts.

You'll hear about the events that led to a recipe with a difference, the perils of joining a reading group and meet an old man who sits on a bench in all weathers. You will hear an updated version of a Chaucerian tale, and find out what happened to that Oxford Companion of English Literature. What happens when there is a split in time? And does someone's mistake cause a divorce or a wedding? And just what is the best way to get to Zanzibar?

To find out join us Café Buzz and sip a cappuccino or have a piece of delicious cake with your tea and hear what we have to offer. Copies of the anthology will be on sale for the launch price of just £5.00 (cash or cheque only.)