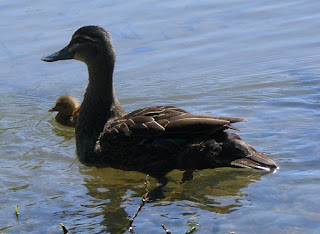 The topic on a recent weekly Twitter #writingchat was this year's 9 month update. I wasn't able to join in as for the last few weeks I've been in Australia and I'm afraid waking up at 5.00am to tweet has been a bit beyond me. Perhaps if I'd had something exciting to report I'd have set my alarm but unfortunately my report would have been rather negative.

However I have achieved my highest number of submissions so far this year from 75 word stories to Paragraph Planet, to slightly longer flash fiction pieces to various sites and competitions. I've submitted a handful of short stories to competitions and my novel to four agents/publishers, but with no success. I've had a few flash fictions published and a non-fiction piece but only one prize placement in a small competition and a long-listing in Flash 500.

I'm still researching suitable sites for my work. I had one flash fiction piece that didn't seem to belong anywhere. I considered sending to it Reflex Fiction as I had been long-listed previously but decided against it as it didn't seem to 'fit' the stories they tend to publish but then I thought why not? It wasn't long-listed but I have received an email saying it will be included in the published 'near-misses' list and should be on their website later this month.

There are still a few subs out there in the big void so fingers crossed.

It has been a good year though because in September, after an extra week of waiting, I became a grandma. And she's gorgeous! I wish my mother had been able to know about her Australian great-granddaughter who, like her, was born in Victoria and shares her name.