How is your mental health today?

In the week that we learned the sad news of Robin Williams' suicide, the media has been full of issues concerning mental health and mental illness. The strongest messages are that mental illness can affect anyone and must not be stigmatised and the need for greater support for those needing help. Early intervention is key and can literally mean the difference between life and death and, perhaps even more importantly, can enhance the quality of life.

I have lost three friends to suicide. All three were intelligent, articulate, talented and well-liked men, but who carried burdens they could not shake off. Could they have been helped to prevent their deaths? Like most people who know someone who has taken their own life, I asked myself if I could have done more, could anyone have done more and the answer is still 'I don't know.'

H. had been diagnosed with schizophrenia in his first year at Cambridge University. All too common a scenario. He didn't complete his degree but after treatment went on to work in his chosen field in computer technology and established his own business. H. looked well, he made good money and enjoyed the good things in life. Over a celebratory dinner for my birthday, he glanced around at the opulent dining room and with his customary grin, leant forward so the rather superior waiter would not hear and murmured, 'He looks as if he'd be horrified if he knew he'd just served a schizophrenic here at the Ritz.'

At the time many people, and all too frequently the media, portrayed schizophrenics as crazy, unpredictable people who were a danger to society and should be locked up. People who were not fit to be dining at the Ritz. 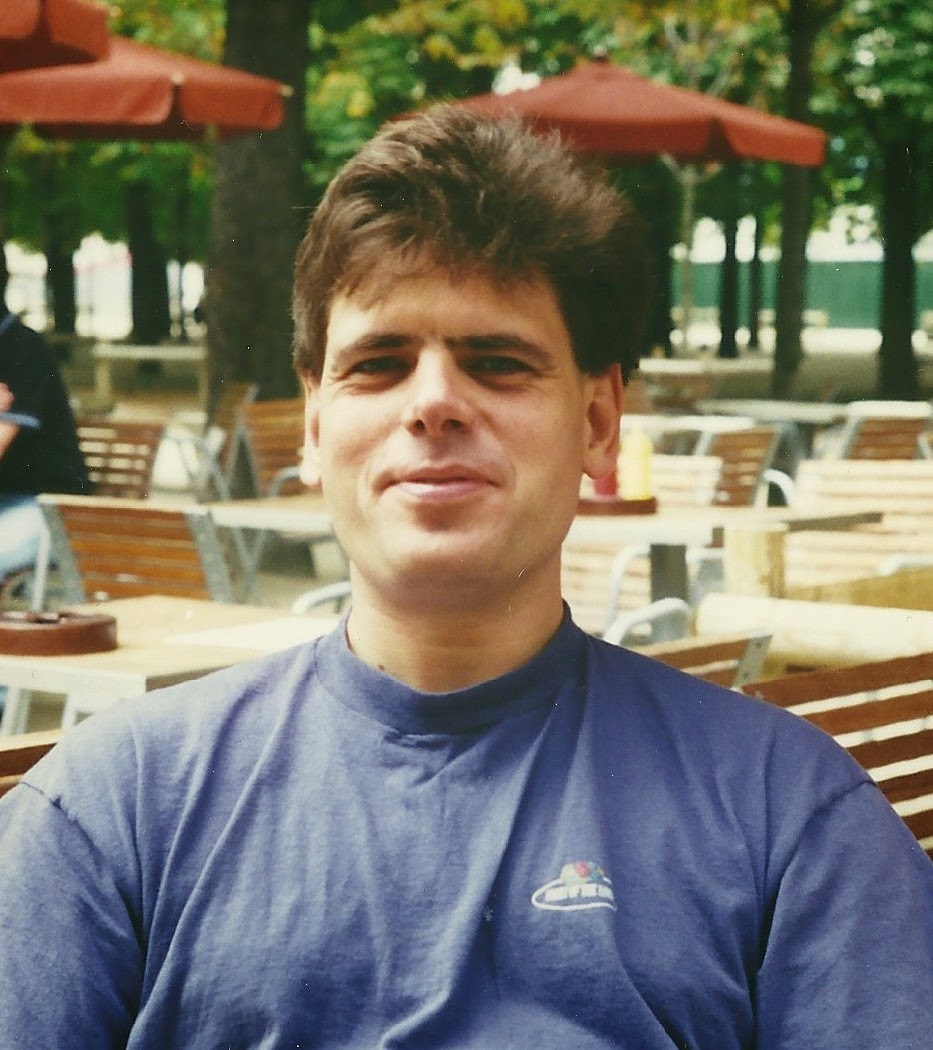 H. did not fit that view but the reality was that his illness was never very far away and so he too could be a little unpredictable at times. He sometimes felt safer not venturing out and became withdrawn. He didn't let people down but always let them know that he wouldn't be joining them at their party or whatever. What he feared most was that one day he would have auditory hallucinations that would tell him to do something dreadful. 'If I had voices telling me to kill someone, I think I'd believe that was what I had to do,' he told me. The fact that he'd never experienced hallucinations did not allay his fears. The negative media depictions of schizophrenia worked to fuel them. His anxiety made his paranoia worse and that inhibited his work, his social life...you can see where this is going. When he wasn't well, H's world of paranoia and conspiracy theory seemed much more real to him than the world that most of us inhabited. 'Being sane is harder than being mad,' he said, 'because when you're obviously mad, no-one expects you to behave 'normally.' The rest of the time I have to make sure I act normal and not tell people my crazy theories in case they think I'm nuts!'

I wrote a small piece (the second half of which I later adapted and was awarded first prize in a 250 word flash fiction competition,) reflecting H's story for a mental health awareness day a while back to illustrate that mental illness can affect anyone including the good and beautiful. H. was both.

He glances at the opulent surroundings. His impression is one of pink grandeur. He tastes a mouthful of the exquisite dish the waiter has set before him and savours it with appreciation. For now, life is good. The past year has allowed some much needed respite, to enjoy life, take things easy. The doctor was right, he admits to himself, the medication and relaxation are a good prescription, but it will drive him mad to opt out for too long. It isn’t entirely time off; in effect he’s working uncover. He observes constantly, watching people, remembering faces, noting incidents. Even now, he’s studying those around him. Admittedly, here it’s only those with plenty of money at their disposal. He smiles at his wife, happy that she is enjoying herself - she deserves this treat. They haven’t often celebrated their wedding anniversary because he’s usually been away. To every other diner they look like a normal couple in early middle age, both attractive, affluent but quite ordinary. Only he knows the elegant façade hides a different story. Very soon his work will take over again – he’s aware that everybody thinks he’s crazy the way he works, but it has to be done. Still, the last twelve months have been fun; a weekend in Paris, punting on the Cam. Opera, theatre, concerts, good restaurants and now dinner at The Ritz. He’s enjoyed it all but it can’t last forever. Not long now, he thinks, before the real work will begin again.

She looks across at him; so handsome in his Italian suit, crisp white shirt and the beautiful silk tie they'd chosen together just a couple of months ago in Paris. Does she herself match up? He smiles back at her reassuringly. The past year has been one of glorious respite, and fun. Catching up on what they have missed in previous years. He looks well, on good form, funny, chatty, thoroughly good company but not quite so relaxed as in the last few months - not a good sign. His eyes are fixed on the piano player, that frown of concentration flickering on his brow. The one she has learned to trust as the harbinger. Has he taken all his medication? Please let him have taken it all. Seven and a half tablets are the lowest he can go before his thoughts become impossibly tangled and he goes crashing out into the stratosphere of insanity. There will be one chance only, as they make their way home, to ask him - while he is happy, communicative and still reasonable. If she misses that tiny opportunity he will spiral away. No more dinners at The Ritz, instead visits to the Priory. She appraises their fellow diners. To everyone else they look like a normal couple celebrating their marriage. Nobody else guesses they are a couple bound together, as much as they are separated, by his schizophrenia.

After another long bout of illness, where depression also became a key factor, H. took his own life. I don't know his exact reasons but I believe the burdens he carried were simply too great to bear.

I miss his crazy conspiracy theories but most of all I miss his humour, his generosity, and his kindness. That last is perhaps the most important because people weren't always kind to him.

That's very sad, Lindsay. H sounds like a lovely man. What a shame and what a waste. The world needs more kind people.

I felt very moved by your post, Lindsay. I don't understand very much about mental illness and can only imagine how frightening it is to suffer schizophrenia or depression. Understanding and compassion from good friends must be a help, but how hard it must be to live with long, dark shadows always in pursuit.

Those of us who have no idea what it's like to suffer depression or other mental illness aren't better or stronger than those who do. It's just that so far we've been far luckier.

Thank you all for your comments. H. taught me a lot about mental illness and attitudes towards it. Like many other people I made assumptions that were wrong. And yes, Patsy you are right, those of us who have not had problems are lucky rather than strong in some way. I'm very proud of my daughter, who is now a mental health nurse. I think it is true to say that the experiences of H. and one of our other friends who took his own life - of whom she was very fond - helped her in choosing this career.