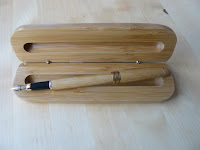 Nothing? You've definitely achieved a lot in a relatively short space of time. I only moved to a different part of this country but the work involved!! Cut yourself some slack writing-wise cos I sure you'll be back on it in no time, and with plenty of new stuff to write about too.