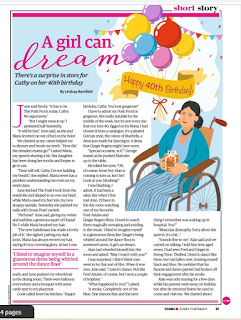 Well done Lindsay, you are such a natural storyteller. It's wonderful to see you doing so well.

Well done Linds, brilliant story. Your character reminds me of a past patient of mine. I'm so proud of you. Keep up the amazing work.

Thank you for your lovely comments.

It's surprising how often we write stories which are connected in some way to another we've written, although we may not realise until afterwards. It makes sense though – if we have a good idea or image in our head, why not get more than one story from it?