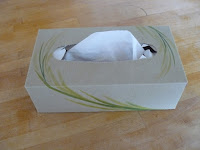 What a wonderful story, Lindsay, and what a fascinating job you have. When I receive an email from a reader telling me one of my stories has made them cry, I know I’ve succeeded in my job (if that was the intention).

Making a reader feel emotion is an important part of writing, so it certainly isn't something we should apologise for getting right.