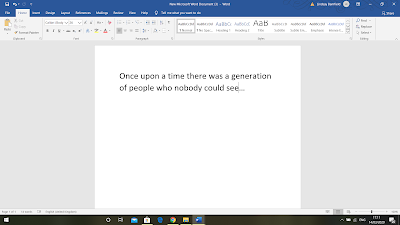 It might be allowable for a few Boomers to have a moan about this Millennial's attitude. Eight years on, I hope Jeannie’s having a better sex life, none of which was explicit in the novel, than this person who admits she hadn't read the book.

I've read books with older characters, indeed I read one claiming to be a comedy that even had Boomer in the title. I thought it was dreadful, mainly because the characters all behaved like very immature 20 somethings or were the stereotype quirky eccentric. It wasn't funny either.

Let me know if you have written novels with older protagonists or have recommendations (with links to reviews, if available) about good novels with interesting characters in their 50s to 70s so I can do a follow up post.

One I read was "A fortunate Life" forgotten the author but a beautiful true story. Thanks


Hello - Great post which I've only just picked up on now (sorry!)

The following are some recent great reads featuring older women:

Let's keep banging the drum - with so many older readers and writers it's logical and IMO a largely untapped market that publishers fail to recognise!

Thanks for your comment, Diane. I am checking out the link. I've read Saving Missy (after I did this post) and have read Elizabeth Strout.

Hi Lindsay, I know you have discovered my blog, Bookword, but for the benefit of other readers here I will mention that I run a series on older women in fiction (meaning about 60+). So far I have reviewed about 50 novels, and have a list of 50 more, largely collected from readers. Lots of books to choose from.

Not all are posative or non-sterotypical examples of older women, but there are lots of novels out there. Many have been published recently, which I suspect is to do witrh marketing departments picking up on the growing number of people who are living longer.

Great promotion for older characters in your post, and to getting past labels like boomer and millenial.

Thanks, Caroline. I agree that the number of older literary characters is gradually increasing!