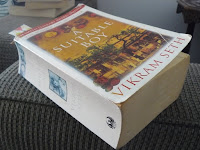 Hi there - and welcome (belatedly) to Melbourne. I did a very similar journey almost 25 years ago!

As far Australian writers I can strongly recommend The Rain Heron by Robbie Arnott, and his first book Flames.

I am also based in Melbourne and have a writing and a photography blog which I invite you have have a look at.

Hope all is well in these strange times!

Thanks, Stewart. I'll keep an eye out for those.