I've written about entering competitions before, whether to keep submitting a story or give up on it after a number of rejections or failing to hit a longlist. 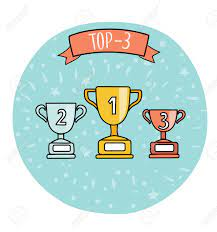 A blogpost from Lisa Kenway interested me and I had a few thoughts of my own on the subject. I've studied details of loads of competitions to see if I am eligible or have a possible entry. I've entered 28 competitions since the beginning of last year with a spectacular lack of success. I was longlisted in one of Australian Writing Centre's Furious Fictions but got nowhere in the other seven I entered.
Six of the competitions are yet to be announced but apart from that longlisting the rest resulted in zilch.
My gripe isn't my lack of success (much as I wish for it) but that some of the competitions did not give a set date when results would be announced and in the event did not let non-winning competitors (ie: me) know they had been announced. Some did not have long lists and in one case no shortlist - just three winners. Some gave an announcement date but failed to deliver any results by that date.
The AWC Furious Fiction winners are announced on the day they say they will announce it. There is only one cash winner but there is a shortlist with stories published and a named longlist. They deliver what they promise. As do Lorraine Mace's Flash 500 competitions where all entrants are emailed to say the results are in.
I imagine the big well-known competitions also deliver long and short-lists and winners on time (I wouldn't know not having entered them) but some comps don't do well in this respect. No acknowledgement of entries and no announcements made well after the date advertised doesn't bode well. Has my entry and fee disappeared in to the ether?
Having co-run three competitions for Greenacre Writers we did both in a timely fashion! Of course there can be delays for any amount of reasons, but let your entrants know! Because of delayed announcements, I've sometimes missed a deadline for a second competition in which I've intended to enter a story if it got nowhere in a previous comp.
I've seen several competitions that didn't advertise who the judge will be. That may not be important to some but after something that happened in a Zoom creative writing event last year I decided not to enter a particular story in a competition I was considering because, unless all the other entries were all utterly dreadful, I knew it wouldn't be placed let alone win.
This story had been shortlisted by readers in another competition the year before and passed to the judge. It wasn't placed. Fair enough. The Zoom writing event was conducted by the writer who had been the judge. After doing some writing exercises she talked about what wins competitions. She mentioned the usual suspects and then mentioned the comp I had entered and was very rude about the non-winning short-listed stories.
She made a very negative comment about one entry that could well have been my story so when I learned she was to be the judge in this forthcoming competition there was no way I was going to pay a fee for it to be dismissed again. Had she made constructive comments, who knows, maybe I would have tweaked my story and entered. I disliked her dismissive attitude to the work put in by those shortlisted writers. We may not have been up to her standard but there was no need to be so rude. I'll be avoiding her from now on!
So I think it's time we had a competition for competitions. Which would be in your top three?
Posted by Lindsay at 08:21