Examining the Past and Challenging the Future. 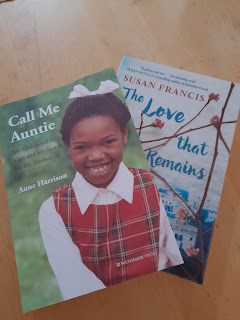 Perhaps the reason one of my A' Levels was a grade too low was because I went out dancing the night before. Or maybe I'd not revised enough. Whatever, it meant I wouldn't get my place on the prestigious librarianship course unless I re-did the A level or worked in a library for a year. I duly applied to the central library in Bristol and was granted an interview just after my 18th birthday in October. I was offered the post and asked when I could start. 'Could it be January?' I asked. The chief librarian looked horrified so I quickly explained that I was currently working in a children's home and really wanted to be there for Christmas.  'I think you are not very serious about this position,' replied the librarian frostily to which I agreed that no, perhaps I wasn't. And there ended my potential career.

Instead I went on to qualify as a Residential Child Care Officer which later led me to becoming a speech and language therapist. My choice on that day was something I've never regretted. And Christmas at the children's home was wonderful. I still have the card that 6 year-old Fred drew for me. A bright pink panther (Fred's favourite cartoon) with a speech bubble announcing 'Happy Chrismas from the Pink Panter' [sic]

Since those far off days there has been a huge re-examining of children's homes in the recent past, many of which were full of abuse and did little or nothing to protect the children in their care. I trust none of those I worked in were guilty (I certainly never witnessed nor suspected any such behaviour.) I've always believed that abusing a position of trust is one of the worst crimes we can commit against fellow humans. I have happy memories of the children who were in my care but I've often wondered whether their memories are as positive. I hope some of their recollections are but making stable relationships with carers was always going to be hard as they were subjected to a series of people, however good, passing through their lives. And did we address all the needs and the concerns of the children on the matter of their identities? And how well prepared were those entering their adult years? Years on, with greater wisdom, I see there may well have been failures.

Like many people I've noticed how often the killer, especially serial killers, in books or TV programmes and films are orphans. (In reality relatively few children in care are orphans.) I'd assumed this wasn't so much that the writers believed orphans are evil, but that they couldn't be bothered to think up suitable reasons for why a child turns into an adult killer. If there is no family, parents or siblings, no-one needs to be held accountable for perhaps contributing in some way to those crimes. No backstory needs to be written - just some unnamed children's home. But much as I was aware of the unfairness of these portrayals, I didn't consider what that was like for people who are care-experienced. Josie Pearse writes a much more carefully considered article here.

When Rosie Canning - fellow founder of Greenacre Writers and The Finchley Literary Festival - began working on an examination of representations of care-experienced people in literature, partly to address  and challenge this issue, I suspect she didn't then realise how this theme would blossom into a number of other projects such as the UK/Australian Care Experience and Culture with Dr Dee Michell.

Sarah Hilary joined the first discussion with her book Fragile, a modern gothic novel telling the stories of two young people who were in the care system and their foster mother.

The second event's speakers were Susan Francis from Australia and Anne Harrison from UK. I was already following Susan on Twitter but hadn't, at that point, read her book The Love That Remains. Anne Harrison and her memoir, Call Me Auntie, was at the time unknown to me.

Both spoke so eloquently about their memoirs and the search for their birth parents, I knew I wanted to read them both. I had been lucky enough to win a copy of Call Me Auntie from the book club which was winging its way towards me, and I quickly ordered a copy of The Love That Remains which I dived into immediately I received it.

The books are very different but have a great deal in common. At the core of each is the writer's need to know their identity. The 'Where did I come from?' Both authors, one adopted, and one initially fostered and then living in children's homes, set out to search for their roots. They search for their birth mothers to learn about their identity and in the hope of forging a relationship of some sort. Both find answers to some of their questions but many are left unanswered.

Both books are well written and enable to reader to follow the narratives easily. Anne Harrison's Call Me Auntie is a factual account; much of her early history is related using documents from her care file which was made available to her quite recently. This is not a 'misery lit' account by any means but some was hard to read. The treatment of the children in one care home was emotionally and physically abusive which made me feel very angry and the scenes with her birth mother filled me with sadness and dismay.

Susan Francis's The Love That Remains tells of her need to discover the truth about her parents. Even though she was happily adopted, her unknown roots left her with insecurities. Here too, many scenes make for emotional reading. But Susan's need to search for the truth about the past doesn't stop with her birth parents. She discovers another awful secret which needs verification, and to be understood and accepted.

Ultimately, both books are journeys of courage and discovery and yet more courage.